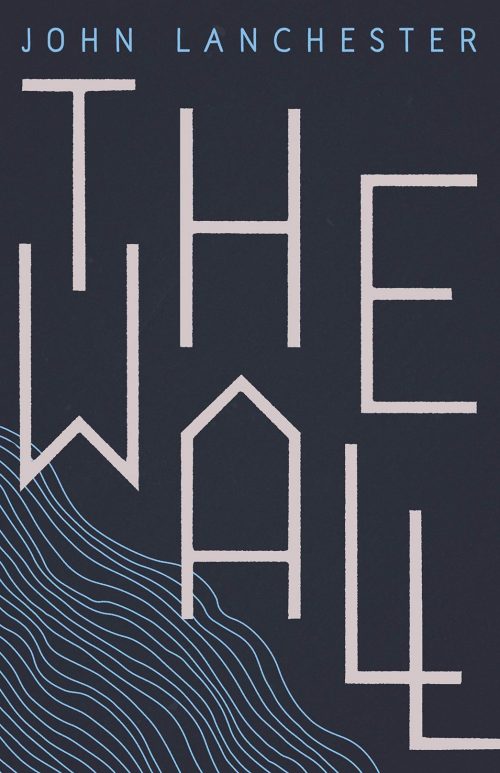 Tales of dark futures seem to be finding their way to me this year. I hadn’t heard of The Wall by John Lanchester until I stumbled across it while at work. The scarily relevant blurb put me in two minds whether to pick it up, but curiosity won over. It was the right decision. Lanchester is a fine author and I ended up demolishing The Wall in two days – a feat considering my recent reading pace.

Ravaged by the Change, an island nation in a time very like our own has built the Wall—an enormous concrete barrier around its entire border. Joseph Kavanagh, a new Defender, has one task: to protect his section of the Wall from the Others, the desperate souls who are trapped amid the rising seas outside and attack constantly. Failure will result in death or a fate perhaps worse: being put to sea and made an Other himself. Beset by cold, loneliness, and fear, Kavanagh tries to fulfill his duties to his demanding Captain and Sergeant, even as he grows closer to his fellow Defenders. And then the Others attack. . .

The book opens quietly. The prose is stark – reminiscent of McCarthy’s The Road – with the very British air of Never Let Me Go by Kazuo Ishiguro (both personal favourites).  Kavanagh, the main character, has been born into a bleak world where climate change has wreaked havoc across the planet. The United Kingdom still flourishes, but at a heavy price for it has blocked all others from its protected shores.  And it’s spoiled within too – with tensions between generations and a power structure that encourages division.

Because of the sparsity of the writing, it took a while to get into Kavanagh’s head, but this slow burn added to the oppressive atmosphere.  It also increased the tension.  There’s a lot of waiting in The Wall, but Lanchester describes it so well that you connect with the feelings of boredom. And when something actually happens, it’s all the more impactful. This is not just a rehearsal for Kavanagh, it’s the real deal, especially in the latter half of the novel where the action picks up considerably.

There has been criticism that The Wall hasn’t gone deep enough with its parallels to modern day scenarios involving Trumpian and Brexit policy, but I much prefer Lanchester’s ‘subtle’ approach.  Show not tell. It’s obvious where the author’s sympathies lie. I liked the ending too (another bugbear for reviewers), which although slightly abrupt, moved me hugely. In truth, my biggest disappointment was that the book wasn’t longer.  Even as someone who prefers efficient storytelling, I felt that this was a little too compact. I’d love to see a future edition with an additional 50-100 pages – expanding upon Kavanagh and his partner, Hifa’s adventures.  Lanchester can write for England and I want to see more!

If you enjoyed this review, check out our other book reviews.