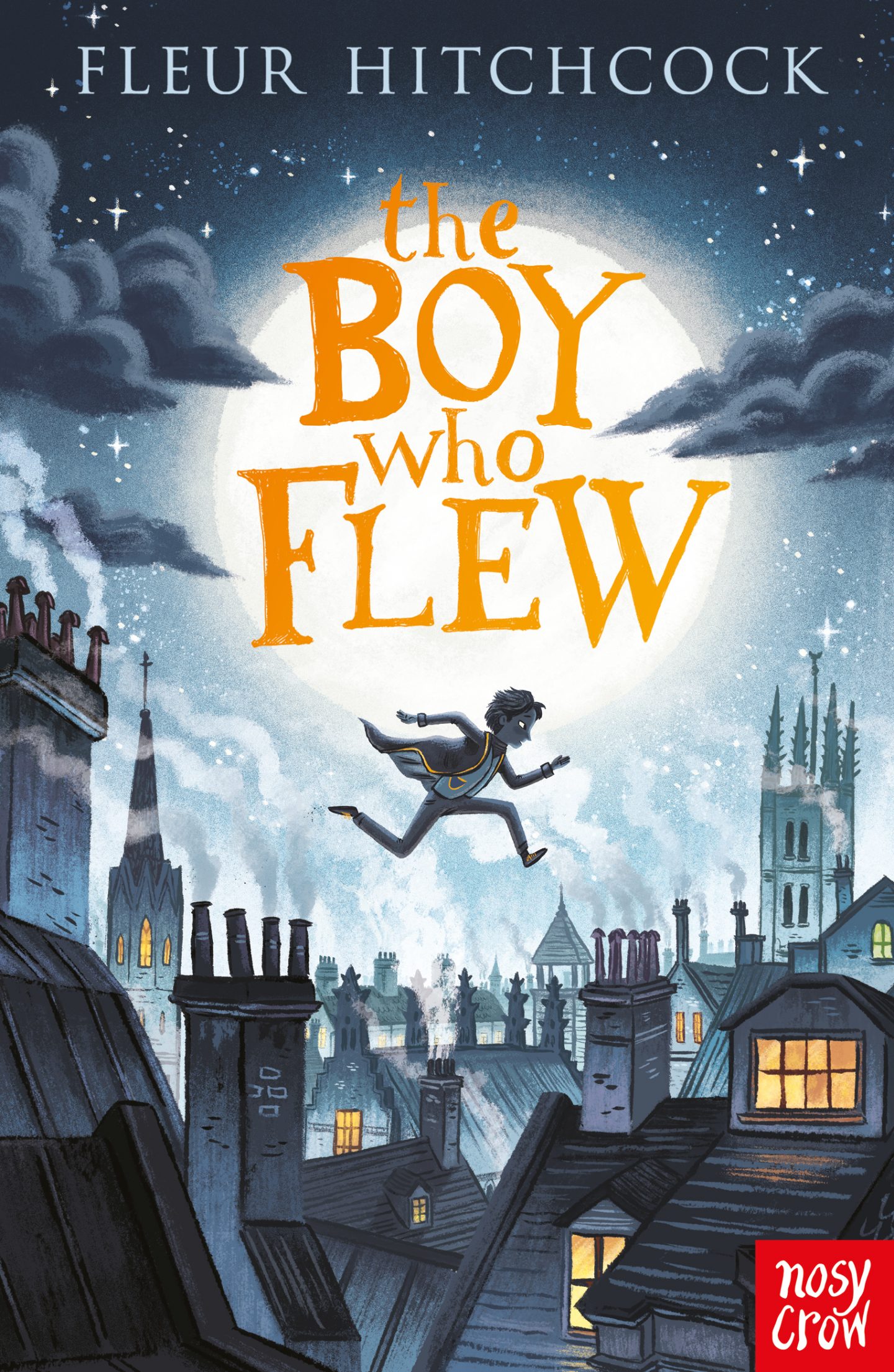 Athan Wilde dreams of flight. When his friend, Mr Chen, is murdered, Athan must rescue the flying machine they were building together and stop it falling into the wrong hands. But keeping the machine safe puts his family in terrible danger. What will Athan choose – flight or family?

The Boy Who Flew by Fleur Hitchcock is one of the darkest and exciting middle-grade adventures I’ve read in a long time.  Set in a fictional Dickensian-esque city, it’s full of brilliantly-crafted characters, intrigue and dastardly deeds.

The story revolves around Athan, a thoughtful poverty-stricken boy, who finds himself in a race to build a flying machine after his mentor, Mr Chen is murdered.  Aided by his friend Tod, Athan tries to stay one step ahead of the murderous Colonel Blade who will do anything to get his hands on the plans.  And I mean anything. Blade is a truly despicable villain with zero empathy.  Athan, on the other hand, is kind and responsible.  The contrast between the two really elevates this story into something special.  In fact, I found all the characters in this novel fascinating and I think younger readers will too.  Grandma is an especially nasty piece of work – about as far from a genteel stereotype as you can get.  Another stand out is Beatty, Athan’s disabled sister, who shines despite being subjected to terrible cruelties.

I also loved the rooftop setting which added an extra dimension to the tale.  Fleur Hitchcock paints a picture that appeals to all the senses so that we experience this world from every angle. And Athan’s knowledge of this ‘hidden’ domain helps him to get out of all kinds of situations.  Proof that ingenuity and bravery can beat power and money -an empowering message that kids will be able to relate to.  Athan has very little materially, yet this doesn’t stop him from trying to protect his family and Mr Chen’s secret.

Fleur Hitchcock doesn’t shy away from difficult topics in The Boy Who Flew so the story may not be suitable for particularly sensitive readers. However, many children will appreciate the authenticity of these situations.  Add to this a cracking plot, nail-biting drama and loyal friends and you have a recipe for the most enthralling page turner.   This is a story that soars.

*Note this is a sponsored post which also includes affiliate links

If you enjoyed this review, you might want to see our other book reviews.